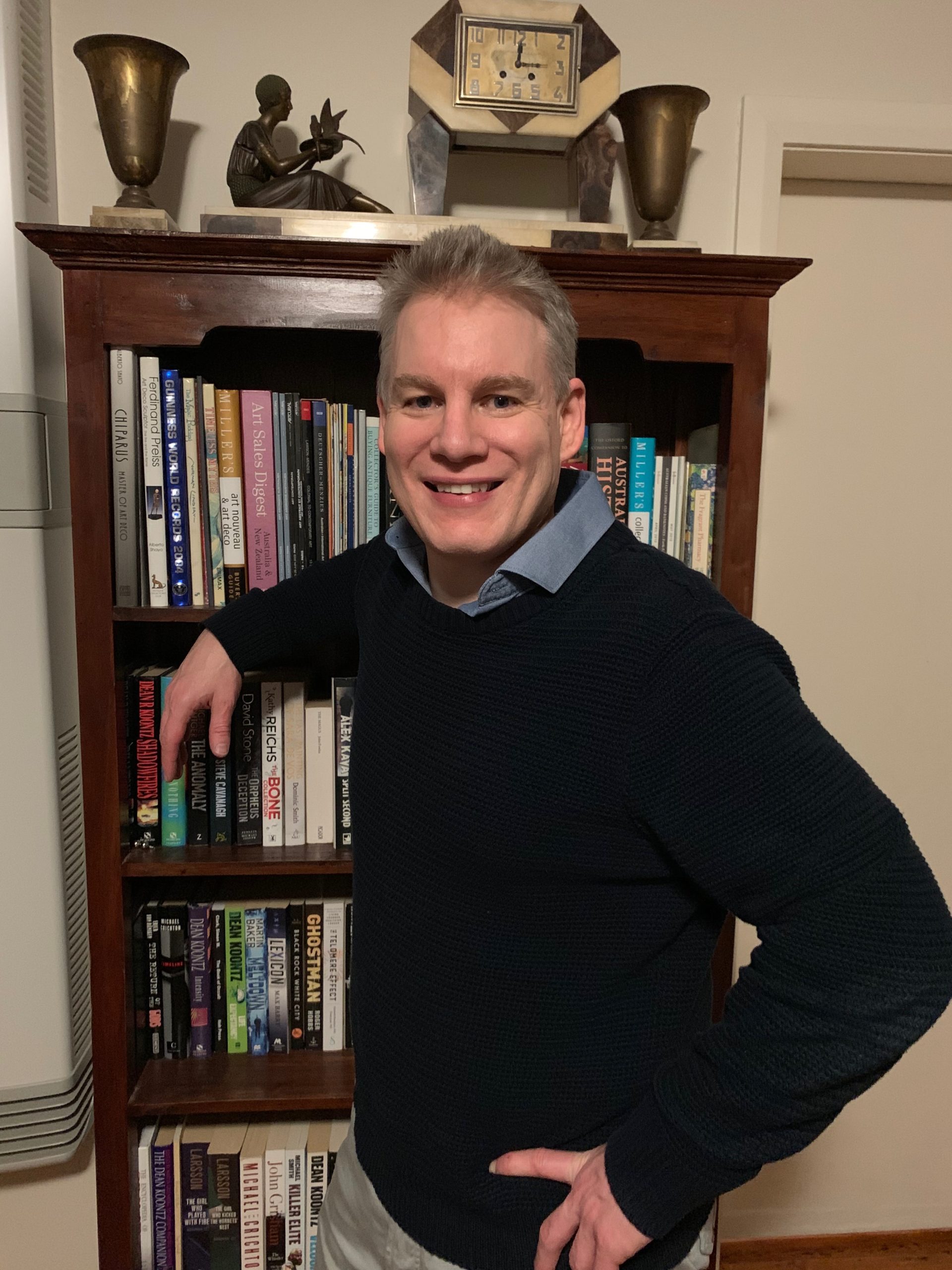 Simon Clark has been writing all his life. Never formally trained he holds a Commerce Degree in Marketing. His latest novel 'Think Fast or Die' is a spy thriller set in the Middle East. The last published novel he wrote was a supernatural thriller that is now out of print. Simon lives with his family in Melbourne, Australia. He continues to travel whenever possible to unexplored destinations that also provide inspiration for his novels. Otherwise, he can be found working his day job in online advertising or relaxing with family and friends 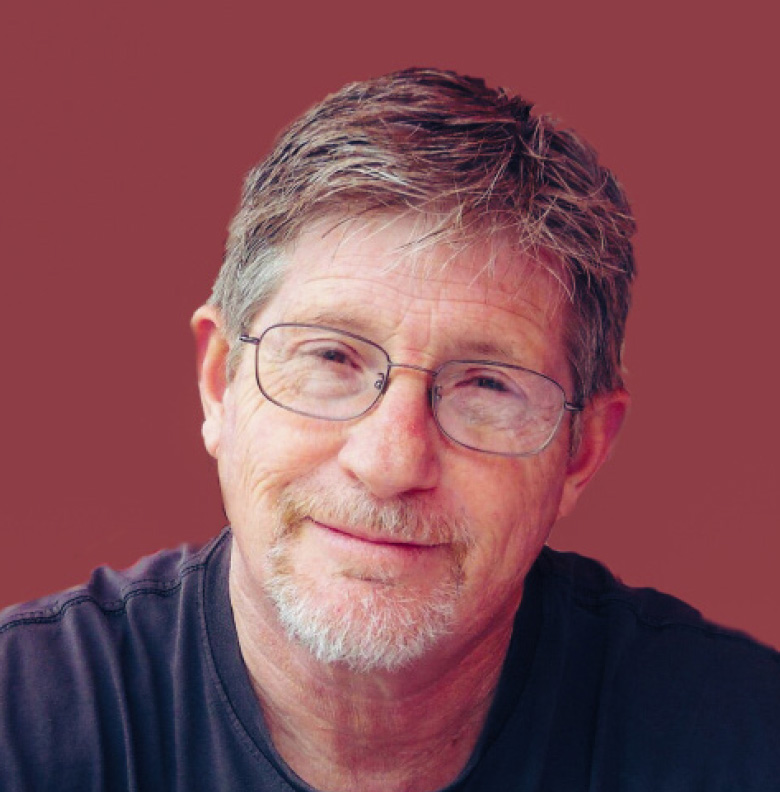 Rick Newberry lives in Las Vegas, Nevada. He regards Sin City as a unique backdrop for his works of fiction. Mr. Newberry has been published in The Writer’s Block Anthology series, placed second in the 2014 Las Vegas Flash Fiction competition, and his Sin City Trilogy was completed in 2017. Published by The Wild Rose Press, the series includes Sin City Wolfhound (2015), Sin City Daemon (2016), and Sin City Mystic (2017). His latest novel, The Theory of Insanity, is a new adult science fiction fantasy set in the present time. Mr. Newberry is married to Betty, a Registered Nurse, and they have one son, Samuel, a talented musician. They live in a section of Las Vegas known as The Lakes with their two loving rescue dogs, Zady and Lil Bit. 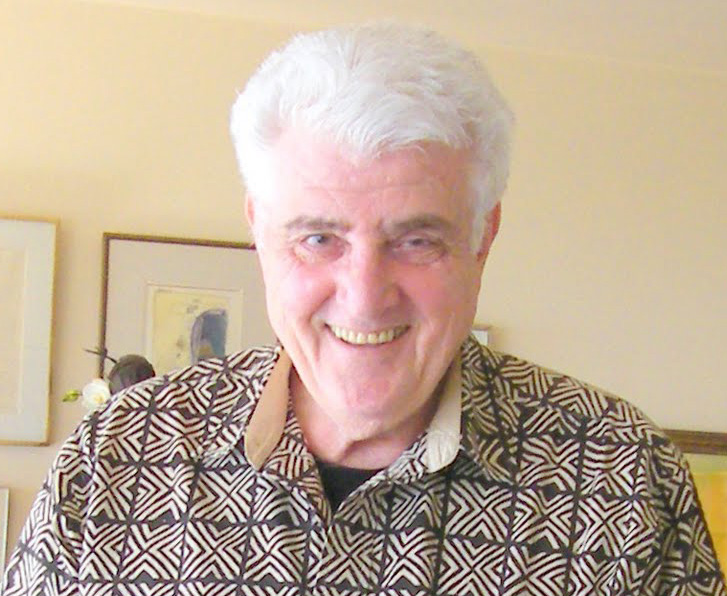 A Look Back: My Fifty Years Hosting Celebrities, Entertainers, and the Mob

The stories in A Look Back by Dick Cami speak of the golden age of the 1960s and 1970s. He was born in the Bronx, grandson of an Italian immigrant chef, who worked for best restaurants in New York City. Through his traditional Italian family, he developed a taste for love, food, and life. His musical interests came from his father, a renowned voice teacher, and his mother a gifted, classically opera soprano. Cami worked at a variety of jobs before an aptitude, opportunity and fate settled him in the restaurant business. After an initial stint as a record producer he was one of the founders of the original New York Peppermint Lounge, the first Rock & Roll nightclub and home of the Twist. Following that success, in December 1961 he opened a second Peppermint Lounge in Miami Beach, FL. A short time later he opened Top of the Home, the fine dining rooftop restaurant with a partner, Chef Joe Ezbecki. There, in Hollywood, Florida, they hosted guests for 26 years. During that time, Cami also promoted concerts of classic rock-and-roll groups—legends like Tony Bennett, Engelbert Humperdinck, Dean Martin, Julio Iglesias, and bouts between well-known boxers. Read about this and more within the pages of this book. 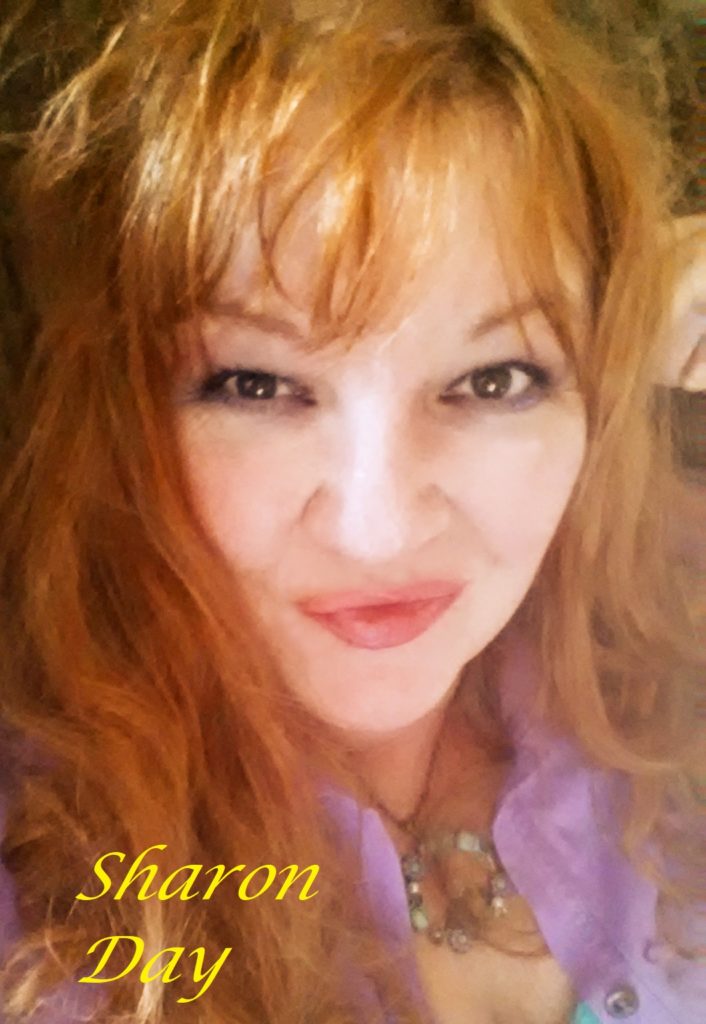 Sharon Day is the author of many books and the popular blog, Ghost Hunting Theories (#1 ghost hunting blog in the world, #8 paranormal blog in the world). As a paranormal investigator and having grown up in a haunted Civil War hospital, Sharon has developed an expertise that is sought after on all matters of the unexplained. Much of her research made its way into this novel, giving the readers new insight and knowledge about the paranormal. All her work is based on the tag line used for her blog, “opening minds, and inserting wonder.” 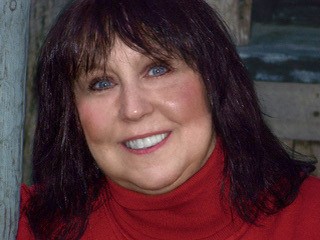 Award winning author R E Sheahan writes action packed stories of adventure, magic, and friendships in intriguing new worlds with fantastic creatures. She’s worked as a Paramedic/Firefighter, an EMT 1 instructor, and owner of a cattle and sheep ranch in the beautiful Pacific Northwest where she also rescued Border Collies. Living and writing from the Oregon Coast, she enjoys both the beach and the redwood forests with a rescued terrier mix named Annie. 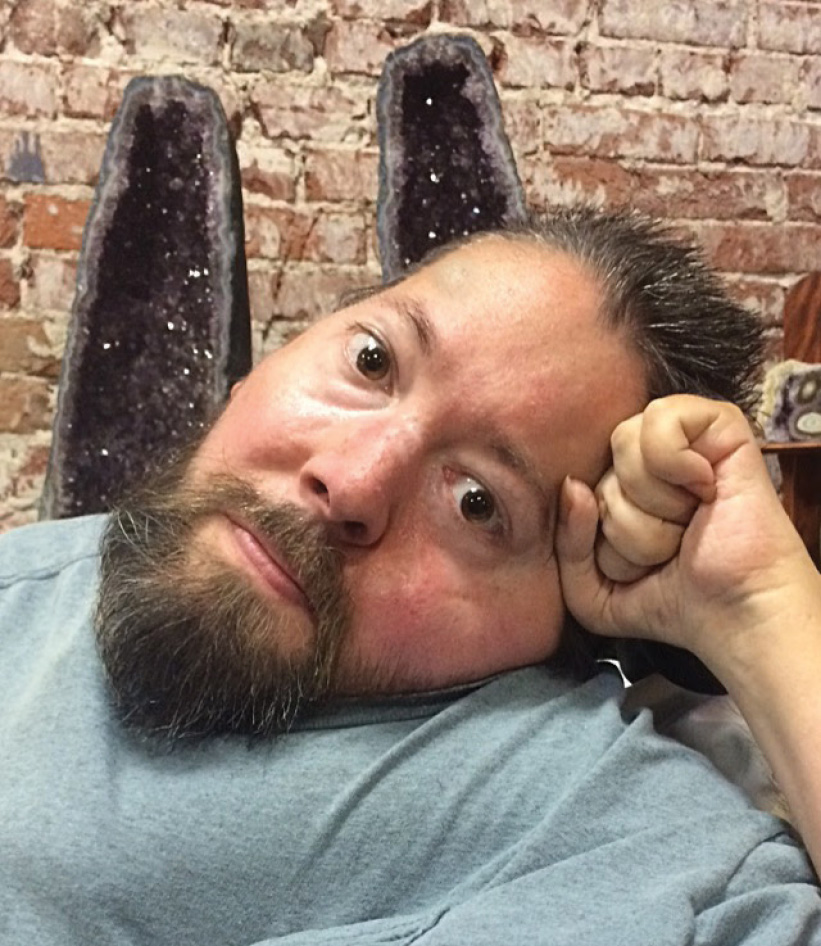 Cameron Williams has struggled each day of his life dealing with Duchenne Muscular Dystrophy until the angel, Casiel, appears. She cures him, but at what cost? As the saying goes, ‘Where much is given, much is expected’. She bestows upon him a Seraphim Sword with a command to battle gathering evil in Brennen, Arizona. Once there, he finds George Chapman who introduces him to his team. Allison, the shopkeeper and witch who left her coven to join the George’s team. Lori, a southern belle with an infinity for guns, leather and hunting demons. Noah, a reluctant member, gets roped in this “club” by his association with Allison. And, George himself, who has powers and a secret from the past. The goddess Freya has tricked the Wicken community into snatching children from the surrounding countryside. Can Cameron, George and his team of misfits find the stolen children in time? Can they stop Freya from preforming a ritual that will increase her power and unleash Hell on earth? 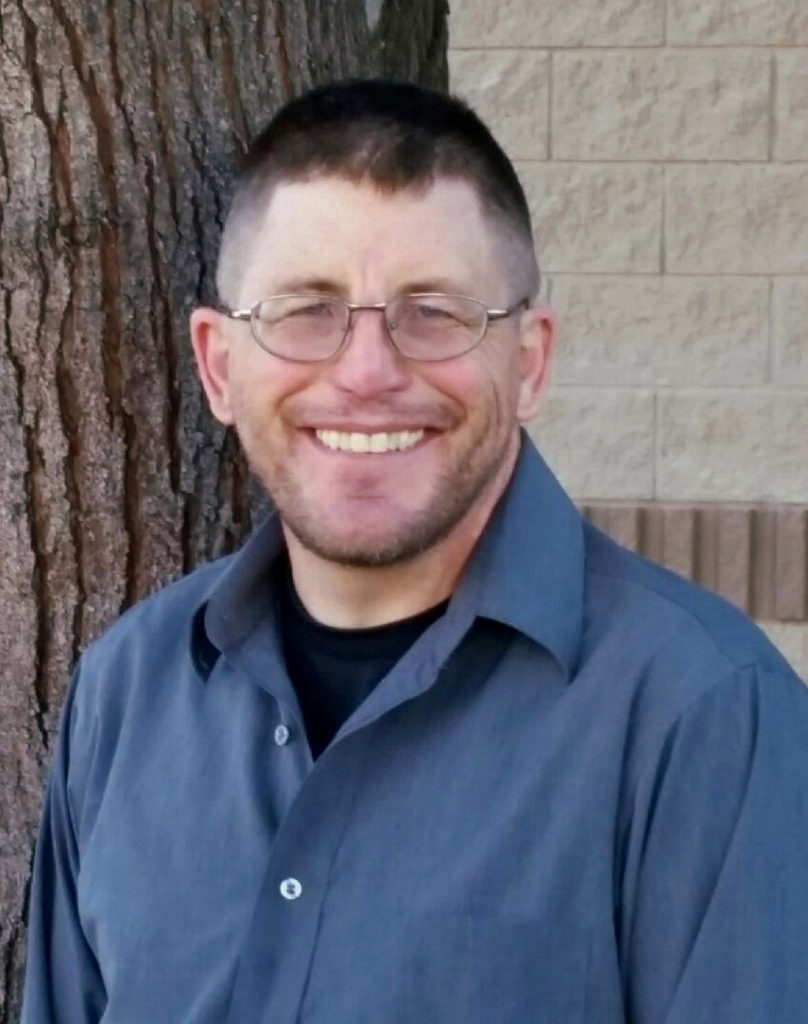 Tony Padegimas is, among many other things, a freelance writer based in Phoenix. He chronicles sports, fitness, historical curiosities, technical theatre (his day job), the inside guts of buildings and other topics by assignment for a variety of publications. His two published hiking guides have made him the second most famous Padegimas on the internet. 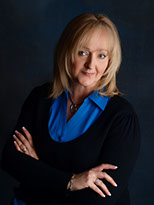 The Dallas, Texas native, Danna J. Walters has also lived in Oklahoma, Virginia, Florida, Guam and Georgia. She attended twelve different schools from 1st through 12th grade. The move to Guam was made amidst her loud, tearful rejections at the age of 16. Her tears quickly dried when she fell in love with the island and her future husband. Although, when each time came to move she never went willingly, she wouldn’t trade her experiences for anything. She learned to respect other’s way of thinking, and carries a little of each place in her heart. Danna and her husband dream of living on an island again someday, but currently live in the Dallas Fort Worth area of Texas with their family Gaze Upon A Blue Moon is Danna's first novel. 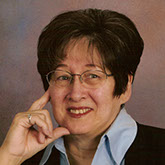 Jo Wilkins started out writing poetry and her first poem won third place in a countywide poetry contest in Orange County, CA, judged by professors from Orange Coast College. Many of her 150 poems were published in local collections in both California and Nevada in the '80's and '90's. She has had 15 or so short stories published in as many anthologies since then. Her Essay, Just one More Thrill, aired on KNPR, the local Las Vegas NPR station in their Making Nevada Home program. The station also requested her to write, and aired, a survivor’s story covering the Pepcon explosion in 1988. Both can be found online at KNPR.org, in the station's archive section. Just One More Thrill, was also published in a book titled, Collected Emotions, By Centennial Press.

Fred found his passion for writing in 1995. He’s so far completed ten full-length novels and is currently working on eleven and twelve, in genres including science fiction, icky bug (horror), adventure/thriller and fantasy. Multiple short horror stories made it to publication including The House, which appeared in the anthology Between the Pages, 2003, The Walk Home in Writer’s Bloc 2006, and The Basement in Writer’s Bloc II, 2008. His short science fiction story Fun In The Outland appeared in the anthology First Voyage in 2008 while his short fantasy story Don’t Mess With A Snorg saw publication in the anthology A World of Their Own in 2009. His autobiographical short story Galf appeared in the anthology Writer’s Bloc IV, 2012 and his short autobiographical story Dye-No-Myte appeared in Writer’s Bloc V in 2014. Meleena’s Adventures – Treasure Of The Umbrunna is his first fantasy novel and he’s hard at work on the sequel. He also writes a weekly autobiographical article for the Sunday edition of the Let’s Talk Nevada web site and has published numerous non-fiction articles on amateur astronomy. When not writing, he can be found either making something out of wood in his garage or out under a dark sky pursuing faint fuzzy objects with his telescope.

In Memory of Jay Yarbrough, Jan. 21, 1940 to Jan. 3 2017 Jay Yarbrough, one of the three partners of Mystic Publishers, Inc. passed away at his home in Las Vegas, Nevada at the beginning of this year. He was an avid reader and writer who served as Vice President of the Henderson Writer’s Group for four years. He had written several plays as well as having several drafts he was turning into books. One of which The Gray Predators was published in 2017 through Ink & Quill, where he was project manager for the company. A WWII veteran, he served his country with pride. Jay was a good friend to anyone he met.

Bruce McGimsey is a first time author with a unique perspective of the Vegas scene. His Las Vegas experience spans several professions including courier, small business owner, card dealer, and entrepreneur. He even did an impromptu gig as a fortune teller and impersonator. His natural ability for oral story telling is in great demand at social gatherings and events in Nevada and surrounding states. This eventually led him to the Henderson Writer’s Group and Las Vegas Writer’s Conferences where he has perfected his writing skills and narrative abilities. 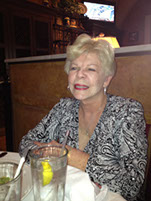 Darlien C. Breeze began her writing career as a young woman raising three children and teaching school. Her first efforts resulted in Small Pony being published and sold to the Los Angeles City School system and the Long Beach Unified School District. Since then she has turned to mysteries with a twist and has written many short stories including those found in this collection. Having traveled extensively she brings to her writing a wealth of real life experience and a strong dose of humor. Darlien sees the unique in every day life and her work highlights her insight and wisdom. She currently lives in Las Vegas, Nevada and is a professional counselor.

Annette Louise lives in the hot desert of Southern Utah with her three beautiful children. She is a college graduate who has returned to school to get her nursing degree. While she enjoys helping others, her true passion lies in creating stories that set the imagination on fire. She believes that a great story is the best form of escape from a busy and chaotic world. She hopes you will enjoy being transformed into another time and place as you enter the pages of Knight of Light!

A theater major from Southern Utah University, Janelle Evans is a consummate drama queen. Through her days on the stage are far behind her now, she still enjoys live theater and good books. Young adult novels are her favorite genre to write and read. She lives in the northwest with her husband and three children.

Judy Shine Logan holds a Master’s Degree in Education (specializing in Adult Education and Instructional Design) from U/MA Boston. She also earned an Associate of Arts with dual majors in Business and English from Bunker Hill Community College, a Bachelor’s degree in English from U/MA Boston, and a certificate in Multi-media applications from U/MA Lowell. 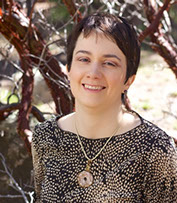 Author Stephanie J. Cress has lived in a fantasy world for as long as she can remember. From an early age, she told herself stories to help herself sleep and keep herself entertained on long rides across the country (as an Army brat, those happened a lot). In 2001, she received her bachelor’s degree in geology but it wasn’t until the 2007 NaNoWriMo challenge that she put those skills together to create the people and the landscape of Gilded Shadows. It is now the first of a five-book series. 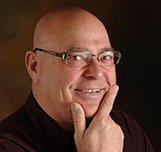 Richard R. Draude, an east coast baby boomer, found reading and early TV shows great ways to pass the time as a young boy in New Jersey. From the Hardy Boys to more serious mysteries and thrillers, he loved the excitement and adventure of the written word. Inheriting a love of old movies from his parents, he enjoys a wide range of TV and movie genres and loves quoting lines and scenes from his favorite films. Richard has two of his five book series, The MacKenna Saga, published under NewLink Publishing